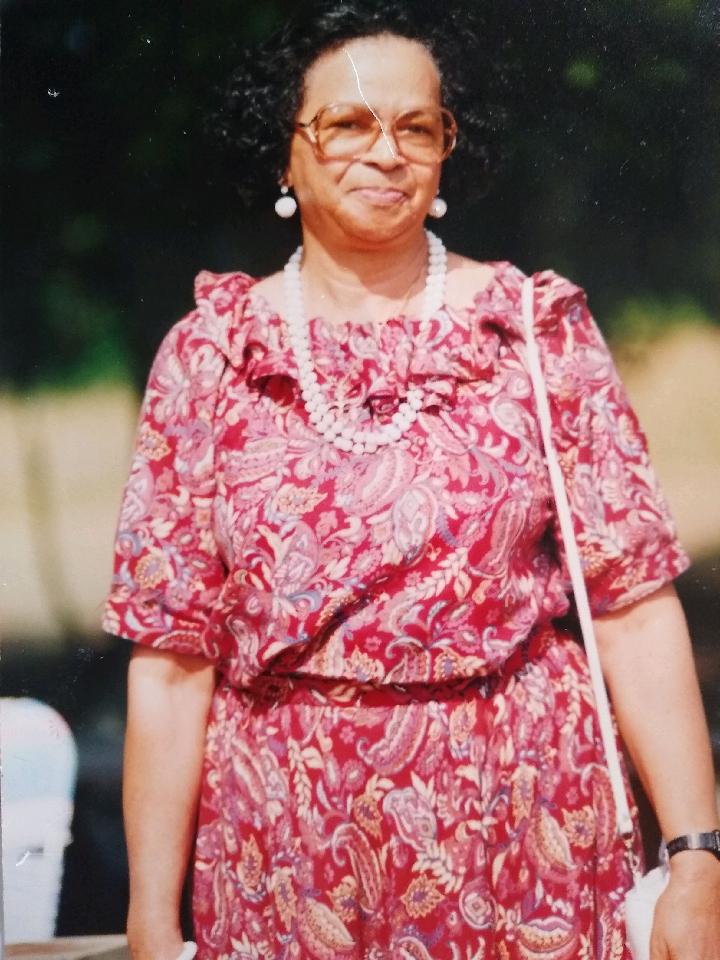 Viola Steele was born April 29, 1927 in Richmond County, North Carolina, and departed this life on June 8, 2022. Of the twelve children born to the Late Albert and Lula McLean Steele, Viola was the sixth child  and was preceded in death by her parents, and siblings Benjamin, Odessie, Zebedee, Blanch, Edward, Albert Jr., Thurlow, Walter, Leo, and Willie Steele.

Viola was the first child to graduate form Mineral Springs High School in May 1948. Her parents owned their own farm through all the years of her life and the older siblings assumed the hard work so that she and the rest of her brothers could finish school. Viola left the farm in the early 1950’s to relocate to Brooklyn, New York where she was employed in Textile work until she progressed to employment in banking in the late 60’s. Viola loved sewing, reading, music, and singing on the church choir. Viola did not master cooking liker her mother Lula, but she did cultivate the skill to bake the best squash pie in this part of the south.

Viola relocated back to the home-place in the early 1970’s to give her mother and brother Zebedee and his wife help with the personal care of her father who was bed ridden and required total care until his death July, 1974. Her brother Zebedee assumed the role of farmer and caretaker in the passing of their father until his death, June, 2005.

In 2008, Viola experienced sudden illness that required a major surgery. During this hospitalization, she developed a pulmonary condition that left her lungs dependent on machines to keep her breathing. Viola was on a ventilator for 13 years and departed this life in Valley Nursing Center, Taylorsville, North Carolina, June 8, 2022. Dovie, fondly know as Peggy, was her primary care giver. This role was bestowed upon her by her father and Uncle Fred years ago. Viola made many friends over her 95 years of life. Special regard to Ms. Ann Ballard, her Valley Ventilator friend. Viola loved her family and kept her responsibility to maintain the Home-place till death. She passed the responsibility to keep the family tradition handed down from her parents to the next generation, Peggy and Diane.