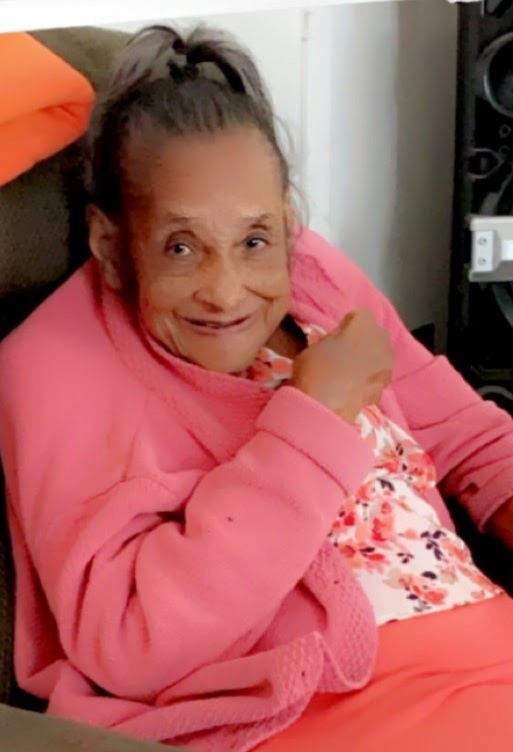 On October 2, 2021, God called his beloved daughter Annie
Mae “Christine” Mayhue home, while her children, grandchildren,
and family members filled her home with a vigilant fellowship of
memories, faith, and love. Christine quietly and peacefully ‘moved
on’ completing the Master’s excellent and final work.

Christine was born to Charles and Martha McNeil in the
Municipality of Taylortown in West End, North Carolina, on March
28, 1928. Christine was the second of three children. She was a
sensitive and caring soul. Christine was very protective of the people
around her, especially her family. She didn’t like to see anybody being
mistreated. When she would see her nephews picking on her niece,
she would simply offer, ”Come on here, girl, you want me to make you
a chocolate cake?” That was Christine; it seemed she understood
early her gift of cooking as her most significant expression of love
and service. Perhaps she was spiritually keen in knowing cooking for
somebody brings about a sense of peace and joy. Good food makes
you feel better.

Christine attended Taylortown’s segregated school Academy
Heights from 1934-1943. She met her love and life partner Richard
Harding Mayhue in 1946. They had two children and lived in
Taylortown. A couple of years later, Christine and Richard moved
their family to his family home in the Windblow Community of Ellerbe,
North Carolina. They both worked hard and took care of their family
as it grew with three additional children. Christine was a devoted wife
and mother. She created a home that reflected her spirit, warm and
welcoming. It was a safe refuge where a host of nieces, nephews,
cousins, and friends would come for some good laughs, good jokes,
good food, and some good trash talkin’ mixed in with a good dose of
encouragement in the form of tough love.

Most importantly, many would testify to the multitude of
times walking out of Aunt Christine’s feeling a little more loved and
accepted. She would never turn a stranger away; she was even
known for feeding Army soldiers from Ft Bragg out in the field on
military exercises. ‘Chris,’ as her husband would affectionately call
her at times, was not the one to judge, advise or condone revenge,
but she would say “just pray for them.” However, she was not above
telling you to “Haul off and knock the you-know-what out of them if
they didn’t leave you alone!” Again, Christine and the many, many
beautiful aspects about her made her SO special to SO many.

Christine was preceded in death by her husband Richard, her
parents Charles and Martha, a sister Mrs. Millie Blue (Claude), and a
brother Reverend Nathaniel McNeil Sr. (Esther).